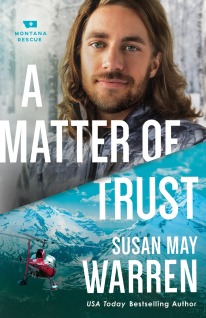 Champion backcountry snowboarder Gage Watson was at the top of his game when one of his fans crashed and died—a death blamed on Gage. After being sued for negligence and stripped of his sponsorships, Gage had no choice but to leave the limelight behind and search for a new life.
Although Gage is now working as a ski patrol in Montana’s rugged mountains, as well as serving on the PEAK Rescue team, he still can’t find peace—or forget the woman who betrayed him.
As a former attorney and one of the youngest senators in the country, Ella Blair is used to being in the public eye. But she does have one secret that has remained hidden—a secret that could have saved Gage his career. Wracked with regret, she’ll do almost anything to atone for her betrayal of him.
When Ella’s brother goes missing on one of Glacier National Park’s most dangerous peaks, the last thing Gage wants is to let Ella join the search. Not only will he have to find her reckless brother, but he’ll have to keep her safe as well. But Ella is undeterred, and suddenly Gage finds himself in a high-stakes adventure on a mountain with a woman who could cost him everything—again. In a world of dangerous heights, devastating injuries, and blinding snowstorms, Gage and Ella must put aside the past and learn to trust each other if they hope to survive.
Praise for the Montana Rescue Series
“Exciting rescues and an old mystery offer a thrilling, roller-coaster plotline and plenty of drama to keep the pages turning.”
—Bookpage on Wild Montana Skies
“A fast-moving, high-stakes romantic adventure set against the backdrop of Glacier National Park, which will leave longtime fans and new readers alike anticipating the next book in the series.”
—Publishers Weekly on Rescue Me
PURCHASE LINKS:
Baker Book House | Amazon | Christianbook.com | B&N
iBooks  | Kobo | Lifeway

From A Matter of Trust

By Susan May Warren

Ella Blair is waiting for me at a booth at the Summit café in Mercy Falls, having already ordered a cup of hot cocoa as I slip into the booth. She is exactly as pretty as I imagined, long auburn hair, blue-gray eyes, a sort of intelligence in them as she sizes me up. She’s wearing a white parka, her hair loose, and gives me a practiced smile as I introduce myself and slide in opposite her.

“I know you’ve already talked to Gage,” she says in greeting.

“So, you know how I forced myself to go with him to rescue my brother.” I hold up my hand.

“Wait. Let’s back up. First, thank you for talking to me today about A Matter of Trust, your upcoming book.”

She nods, clearly not ruffled by the press. And why should she be—she’s spent two years in the limelight as the youngest state senator in the country, filling a seat left by her mother’s illness in the Vermont chambers. That and her training as a trial lawyer shows through as she assesses me.

“Yes, Gage told me a little about your background. Something about you dating before, and how you prosecuted him for the death of one of his students?”

She pulls in a breath. “Let’s get this straight. I did not prosecute him. He wasn’t charged criminally. But the victim’s family did bring a lawsuit against him and yes…” and here her voice falls. She looks away, a tinge of regret on her face. “I was on the team who brought the case against him.”

“You won. And he quit freeriding after that.”

Her voice stays low. “I know. And with everything inside me, I longed to set that right.”

She looks at me then, unflinching. “There’s simply more to the story than you know.”

She holds up her hand. “I thought you wanted to talk about the rescue?”

“Okay. Why did you force yourself to go with Gage?”

“That’s easy. Because I knew Gage couldn’t go alone. He’s an amazing freerider, but if he got hurt, he would have no one to save him.”

“So, you’re good enough to keep up with a world champion freerider?”

“Gage is a good leader. All I had to do was stay on his route.” Her stare is even. “But more, I couldn’t let him risk his life for my brother, not without me risking the same.”

I offer a smile. “And it’s not because you were pining for him just as much as he was missing you?”

Emotion flashes through her eyes. “He wasn’t missing me. He was trying to forget me.”

Hmm. “And were you trying to forget him?”

She took a breath. “Do you seriously think that anyone could forget Gage Watson?”

Those brown eyes, that long hair…I pause, remembering Gage’s words. “He said he nearly got you killed.”

She swallows, then, and I know she’s surprised that he revealed that.

“Gage might look like trouble on the outside, but he’s every bit of a hero on the inside. I knew that before, during, and after I destroyed his life.”

She smiles at me, then. “And now I remember exactly why I couldn’t forget him.” She winks. “But you’ll just have to read the story to find out.”

The waiter appears, holding a hot cocoa. Sets it in front of me as Ella gets up. “It’s on me. Enjoy your stay in Mercy Falls.”

Then she heads out the door, leaving me to my chocolate and the hope of a great read.

Experience Ella and Gage’s adventure in A Matter of Trust, book #3 in the Montana Rescue series.

Susan May Warren is the USA Today, ECPA, and CBA bestselling author of over fifty novels, including Wild Montana Skies with more than one million books sold. Winner of a RITA Award and multiple Christy and Carol Awards, as well as the HOLT and numerous Readers’ Choice Awards, Susan has written contemporary and historical romances, romantic suspense, thrillers, romantic comedy, and novellas.

2 replies to Character Interview – From A Matter of Trust