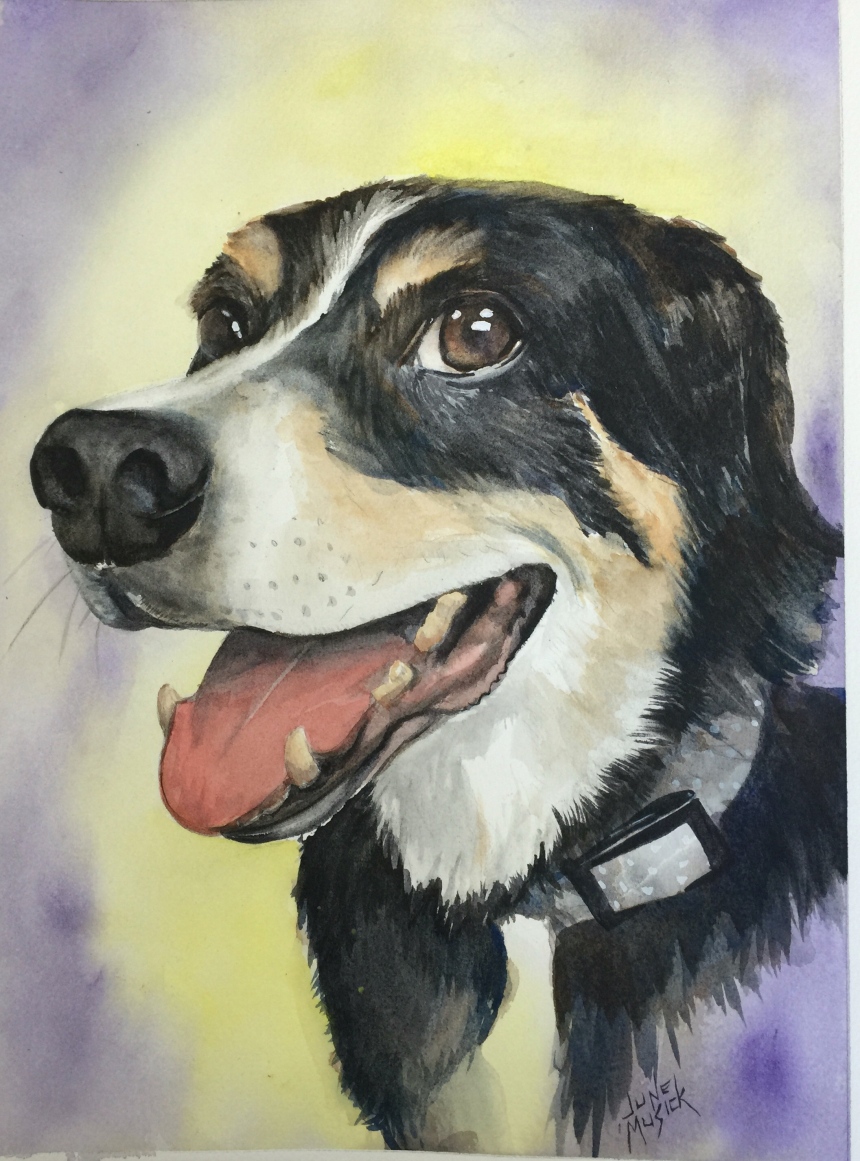 This month marks the second year anniversary of my Tesla’s passing. My heart still aches for her every day. Cancer still f*%king sucks!

On her birthday anniversary on November 2, 2017, I wrote a letter to her breeder. I wanted the breeder to know what she brought into my life and what the breeder did wrong by Tesla. If you’re going to breed dogs of this caliber then you need to stay in touch with a puppy for its full life that you sell.

Entebucher’s are incredible dogs. Until you are owned by one it’s hard to understand the impact can they have on your life.

Here is the letter:

This is my Open Letter of Thanks to you. Eleven years ago I was able to bring the most amazing and loving dog into my life because of you. The pre-arrival items of toys and other goods were the indication of what was to come. When we picked her up at the airport in Dallas, her crate was still secured and had a towel, blankets, and water. After I was able to finally allow her out of the crate it was instant love. Her nubby wagged like crazy, as she explored the grassy area while we waited for her to go to the bathroom. She showered us with initial kisses. On the drive back home – she refused being in the crate. She rode the rest of the way either at my feet or in my lap.

She lived in three homes while here in Sundown, because we moved that many times during her life. The best home she had was the one with tons of pecans trees. Big branches would fall during storms and it was so funny seeing her drag those big branches through the yard. She loved eating pecans. At that house, there was a huge dirt pile, and when it rained we’d have one muddy, soaked Entle. It was always fun taking her to the vet, because Dr. J, before Dr. J passed away, always bet her vet techs and staff $5.00 if they could tell her what breed Tesla was. They always lost. When we traveled with her, there were times when she howled in the hotel room even with the TV going. My only regret with her is that she did not get enough beach time.

Her personality turned out to be more of a loving companion. Tesla was by my side during extreme periods of personal grief, through one very hard Master’s degree, the initial writing of my Hunt book, and then lastly the raising of her sister, Azrael, who is a Czech Shepherd. Tesla never chewed on anything in the house except pillow corners. She was a constant presence between us as we slept each night.

When I tried sending you yearly updates on her during Christmas time, those emails fell in a vast cavern of nothingness. You never responded to any of them, so I stopped giving you updates.

We came to live with Tesla’s goofiness. You see she rode in a plane with six corpses/caskets from her first home. I often said their ghosts made her the way she was. Thunderstorms scared her, as well as loud noises. For some reason, she never liked Barry’s dad, Bill. I’m still planning a book on that plane ride of hers.

What I wish is that you had kept in better contact. What I dearly wish I’d known about was genetic testing, especially for potential cancer. What I really needed to know was the updates on the health of her parents and other siblings. Jett, her brother, I knew about because Sue and I became friends on Facebook long ago. When Tesla died – my heart was crushed. It’s still crushed. We spent over $2,000 to save her life for just a little while longer, only to have her life leave from her body as we were holding her. She died in her home. Cancer fucking sucks.

As I try to bring another Entle into my life, I’m finding it more and more challenging. Everyone wants a designer a dog now. Most probably don’t want an Entle for the purity of the breed. I want another Entle because of what Tesla meant to me.

I wanted you to know from the bottom of my heart I will always be thankful to you for trusting a stranger. My heart will always be grateful and kind to you for allowing us to bring Tesla into our lives. She was simply the best and most unforgettable dog ever to come into my life. Without you – I never would’ve experienced that…

Note: The painting of Tesla was from right before she died. It was done by June Musick, who is a dear friend who presented the painting to me on my birthday in 2016 after Tesla’s passing.

4 replies to An Open Letter to Tesla’s Breeder