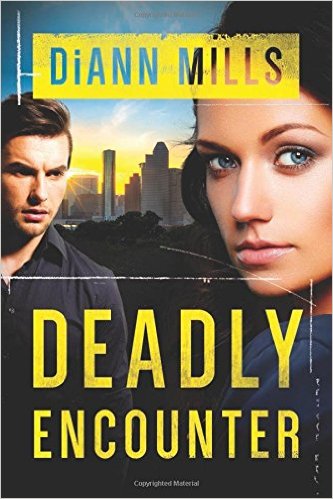 Airport Ranger volunteer Stacy Broussard expected a peaceful Saturday morning ride around the perimeter of Houston’s airport. What she encounters instead is a brutal homicide and a baffling mystery. Next to the body is an injured dog, the dead man’s motorcycle, and a drone armed with a laser capable of taking down a 747.

Though FBI Special Agent Alex LeBlanc sees a clear-cut case of terrorism, his past has taught him to be suspicious of everyone, even witnesses. Even bleeding-heart veterinarians like Stacy. But when her gruesome discovery is only the first in a string of incidences that throw her life into a tailspin, Alex begins to wonder if Stacy was targeted. As a health emergency endangers Stacy’s community, and the task force pulls in leads from all directions, Alex and Stacy must work together to prevent another deadly encounter.

Praise for the FBI: Houston novels

Deadlock: “This is a fast moving crime story with several interesting twists and turns. [Deadlock] is a page turner.” — Online Reviewer

Double-Cross: “Mills does a superb job of character and plot development in this faith-filled series.” — Christian Library Journal

Firewall: “Christy Award–winning Mills skillfully builds a menacing overall tone, and the tension level rises as layers of lies are peeled away in multiple plot twists. This novel, which takes off at a breakneck pace with a narrative arc that could have been ripped from today’s headlines, will greatly appeal to fans of James Patterson’s “Alex Cross” series and readers who enjoy psychological thrillers.” — Library Journal starred review

“Mills takes readers on an explosive ride. The terror is all the more chilling because it could easily be a headline story on the nightly news, and Mills’ characters spring to life through their fears, strengths, and quirks. A story as romantic as it is exciting, Firewall will appeal to fans of Dee Henderson’s romantic suspense stories.” — Booklist

A yellow Lab snuggled near the body, her head resting on the dead man’s chest. A leather leash from the dog was wrapped around the man’s fingers. Five feet to the right, a blood- spattered motorcycle stood at attention. Securing the pocketknife in her palm, she lifted her phone from inside her jeans pocket and pressed in 911 while she continued to look over her shoulder.

“What is your emergency?” the operator said.

Stacy swallowed the acid rising in her stomach. The morning’s heat didn’t help. “I’ve found a dead body on the north trail that runs along the FM 1960 side of IAH. The nearest entrance is on Farrell where a sign designates the Houston Airport System equestrian security trail. My name is Stacy Broussard, and I’m an airport ranger volunteer.”

She bent beside the body and felt the side of his neck for a pulse. Nothing. “Very much so. He’s lost a tremendous amount of blood from his chest and abdomen. I’m assuming gunshots.”

“Are you all right?”

“Shaken. I’m alone except for a dog lying next to the body. The animal’s right front paw is bleeding, and I’m a veterinarian. She’s not protective or aggressive.” Stacy drew in a ragged breath. The dog rose from the body and limped to her side, while the leash stayed fixed in the man’s hand. She rested her head on Stacy’s knee.

“You’re doing fine,” the operator said. “I’ll keep talking until the police arrive and I’m assured you’re safe. How did you happen upon the body?”

Keep your head. You can get through this.

“I’m a volunteer for the airport rangers. We ride horseback to patrol the outer perimeter of IAH and report any problems to the Houston Police Department. The man is in a clearing. I checked for a pulse, and I’m sure of his condition.” She removed the leash from his hand and examined the dog’s bleeding paw, a wound that would require a few stitches. The man wasn’t as fortunate. “How long until officers arrive?”

“Only a few more minutes. You’re a brave woman.”

“I don’t feel brave. How awful for this poor man.” The victim’s eyes would haunt her for a long time, maybe forever.

“Tell me more about the airport rangers,” the operator said. “I wasn’t aware Houston had such a service.”

She’s trying to calm me, divert my attention from the blood-coated body.

“We’re not highly publicized. Normally we find evidence of drugs or kids’ inappropriate behavior. Never anything like this. And we aren’t supposed to ride alone, but the other two volunteers canceled at the last minute. Our stables are close by.” Stacy avoided staring at the body and instead concentrated on the injured dog. Her collar didn’t have an ID. Had the animal been hurt while protecting her master?

“Are there any signs of a struggle?” She peered around for what seemed like the hundredth time.

“There’s a motorcycle, a Kawasaki. I suppose the plates won’t be hard to trace.” A strange object captured her attention in the shadow of the bushes. Boots? Shoes? “I see something unusual, but I can’t make out what it is.”

“Be careful. The police can investigate it.”

No need to caution her. She was already frightened out of her wits. Sirens grew closer.

“Stay where you are until the officers arrive. They’ll take over the situation.”

“I’m sorry, but it might be another body or someone hurt. I have to see if someone needs help.” She bolstered her courage and moved toward the questionable object. The dog followed her to the edge of the clearing, where a type of drone with four propellers was lodged in a fallen tree branch and bushes. A churning panic swirled through her. Had the dead man stopped a potential crime of blinding a pilot? “What happened here?” she whispered, more to herself than the 911 operator.

“I’ve found a drone. A clear dome is attached underneath, and it’s pointed toward the northwest end of the runway.” 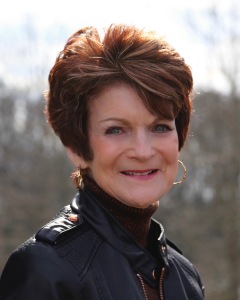 DiAnn Mills is a bestselling author who believes her readers should expect an adventure. She combines unforgettable characters with unpredictable plots to create action-packed, suspense-filled novels.

Her titles have appeared on the CBA and ECPA bestseller lists; won two Christy Awards; and been finalists for the RITA, Daphne Du Maurier, Inspirational Readers’ Choice, and Carol award contests. Library Journal presented her with a Best Books 2014: Genre Fiction award in the Christian Fiction category for Firewall.

DiAnn is a founding board member of the American Christian Fiction Writers, a member of Advanced Writers and Speakers Association, Sisters in Crime, and International Thriller Writers. She is co-director of The Blue Ridge Mountain Christian Writers Conference and The Author Roadmap with social media specialist Edie Melson where she continues her passion of helping other writers be successful. She speaks to various groups and teaches writing workshops around the country.

DiAnn has been termed a coffee snob and roasts her own coffee beans. She’s an avid reader, loves to cook, and believes her grandchildren are the smartest kids in the universe. She and her husband live in sunny Houston, Texas. DiAnn is very active online and would love to connect with readers on any of the social media platforms listed at www.diannmills.com.

ENTER TO WIN A COPY! 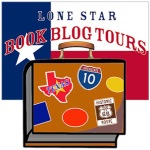