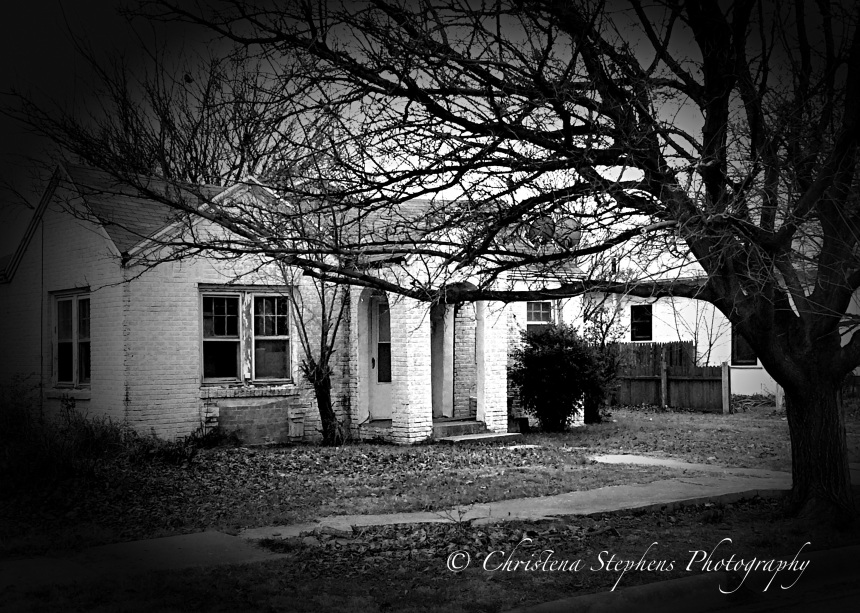 Those were the first words a friend said a few weeks ago when we drove by the former Hunt home in Littlefield, Texas. We were driving north to see Buffalo Lake National Wildlife Refuge near Hereford, Texas and she wanted to see the house.

“Dang, that’s a tiny house!” She said it more than once since seeing the home.

From the descriptions she’s read she was under the impression the house was much larger, as well as it being a doctor’s home. But alas the “tiny home” as she fondly calls it now was only a five-room brick house. It was grand for the early 1940s era. It was built in the late 1920s.

On this trip in December 2016, we discovered the renters who were renting the home a few years ago are now long gone. The house stands vacant. The front bedroom where the murders took place has no blinds or curtains. From the open windows, you can see a variety of boxes scattered across the room. The only change to the property is a red mailbox mounted to a post by the curb.

Dr. Roy and Mae Hunt were murdered in this “tiny” home in October 1943. When you realize how small the front bedroom was – about 10 x 10 – it takes your breath away and then you sigh and wonder how in the hell two people were murdered in such a little room with a double bed, dressers, tables, and chair. Even the small closet was so minuscule that it barely held a few clothes at best. The room’s only saving unique feature was that it had two entry doors. Also, four glass pane windows allowed both northern and eastern sunlight into the room.

Since beginning this research on these murders I’ve monitored this “tiny house” and have watched it slowly deteriorate over the years.

From my one visit inside the structure, it is almost as if time has stood still inside except for several coats of white or off-white paint. Almost meaning the little fireplace has not worked in years. The candlelight fixtures mounted to the sides of the fireplace are only remnants. The bathroom no longer has a sink. New front and back screen doors have been added. A crappy layer of old carpet covers the wooden floors. The cabinets, doors, doorknobs, and kitchen sink have never been touched.

This former Hunt home endures in a state of arrested decay. I wonder how long it will remain in its decaying state before eventually falling in on itself. Then only photographs and memories of it will be proof of the house’s existence.

My research into the murders and attempted murder has spanned six years. My book is now complete on the murders. It needs a tad more editing to keep perfecting it. I’ll start searching for a publishing company in February.