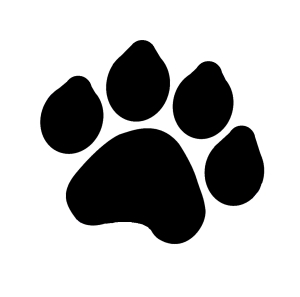 It’s not often I rant, but today calls for me to rant.
This goes out to the frigging asshole who dumped their dog between Slaton and Lubbock, Texas. How dare you dump your dog? How dare you not take care of your dog? How could you not to even attempt to take it to the shelter? How even more careless of you to not at least even consider putting a bullet in its head if you didn’t want the dog anymore?  Either of those options would’ve been a helluva a lot better fate for your dog than what happened to it today.
Because of you being an asshole – I hit your dog today doing 75 MPH; the speed limit. By the time I saw something crossing in the road it was too late for me to even slow down, because you see your dog ran right in front of a motor home I was passing on the left, before slamming into my car and going underneath it.

My heart skipped more than a beat when I looked in my rearview and side mirrors because I saw your dog struggling on its side to get to the median. In that instant when I hit your dog its mind reeled and its heart stopped for seconds. In that poor dog’s mind, it had no clue what it had done wrong to cause its pain.

Then to make matters fucking worse when I was about to turn around to pull your dog off the road another car ran right over your dog causing its instant death. No more flopping. No more heart beating or breaths. Dead. Your poor dog was out of its misery, but you being the asshole you are made its life end in the most tragic of ways. It was more than my heart could take.
What an asshole you are to put my animal loving heart into that position.  What an asshole you are to not even care enough about your dog to give at least a better chance at a shelter for a life you never gave to it. You are simply a broken, depraved person without a heart.
Your an asshole. It’s people like you that make the world a terrible place. Your dog deserved better from you as its owner for however long it was in your life. Your dog deserved a chance at a life – not die under tires.
No dog deserves to be dumped on any road, in any part of the country or anywhere for that matter. Dogs have hearts as well that are big, loving and strong. When they are dumped by assholes like you-you are leaving them to fates they don’t deserve.
I wish there was a better word than an asshole to call you.

2 replies to Personal Outrage Note To the Dog Dumper