Imagine being a three-year-old little boy getting your hand mangled in an accident. Imagine it’s the late 1930s to early 1940s and the closest doctor is nearly 10 miles away. Imagine a rural county doctor performs nothing less than a miracle to save your life.

After my first presentation on the Hunt murders at the West Texas Historical Association in 2009 various people started contacting me out of the blue. Some were legitimate – some not. My research skills took on becoming a detective in finding out who was telling me the truth vs. the oddballs.

One of those people who I’ve written into the Hunt book was that little boy named Jim. He contacted me to help him discover answers to questions he longed asked but had no answers for regarding his childhood accident.

It was side story I decided I needed to tell in the Hunt story because it gave a small window in time on the surgical skills of Dr. Roy Hunt. While I’ve not found concrete evidence thus far on Jim’s accident to help him answer those specific questions (no I’ve not given up) the early medical record keeping discoveries along the way have been interesting.

My general doctor told me during my initial period of gathering this Hunt research that in those early days between 1900 – 1960s at most all the patient records were either kept on index cards or in small booklets. Doctors’ back then did not write extensive notes and there were not patient charts like they are today. In visiting a small, regional museum one of these patient booklets was discovered by my friend, Willa and I during a photographic endeavor.

The long, narrow book had yellowed pages along some of its edges and was remarkably not brittle. The handwriting had not faded. Turning the pages of this 1929 record book and seeing medical history pop from it was exciting. One date, in particular, Willa looked for was October 29, 1929 – the day of Black Tuesday. Remarkably no doctor notes were made on that day.

Doctor’s handwriting was as bad back then as it is today. Hard to decipher and even harder to read. Most comments were just squiggly lines throughout the book. A majority of the notes were brief as their small lines permitted. Most of the prognoses in this book were listed as “good.” 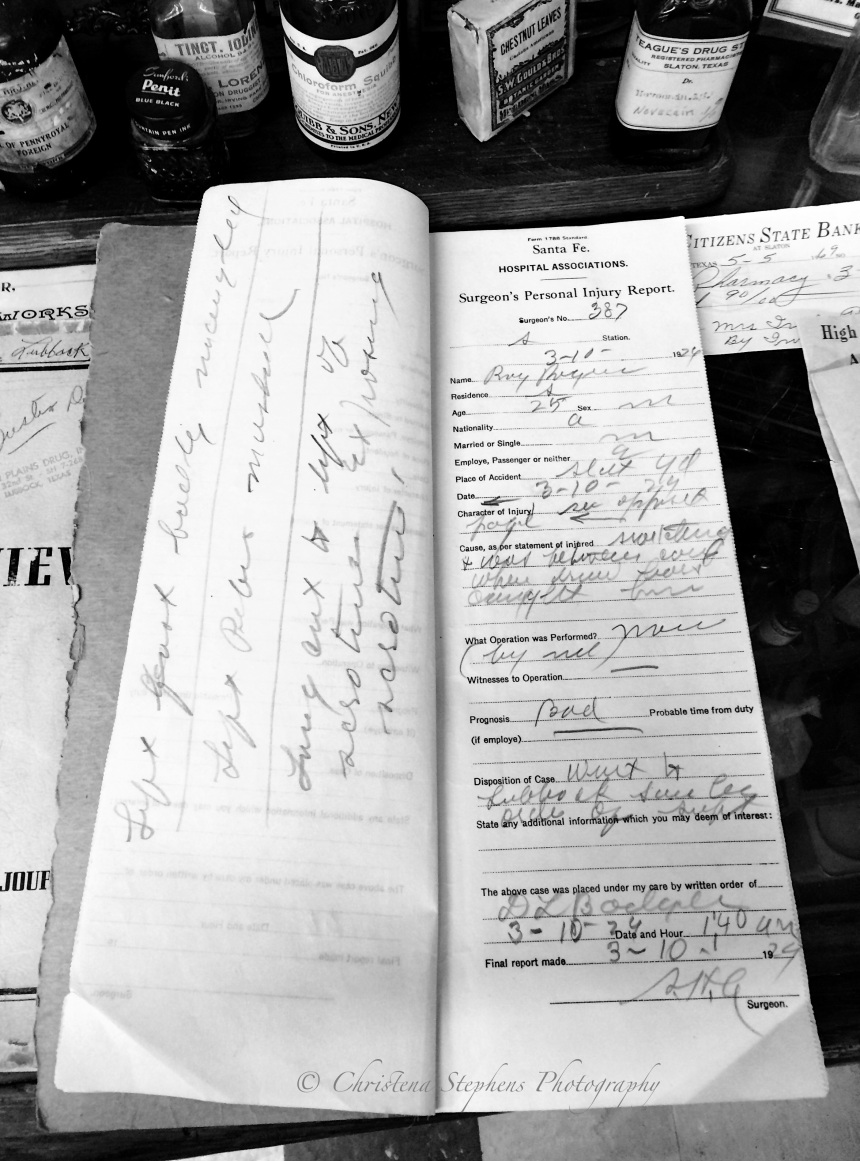 The particular journal entry I photographed was the only one we found that mentioned the prognosis was “bad.”

Unlike our medical records of today that now are all computerized it’s amazing to have documents like this to look back on a simpler time for doctors. When quick notes were all they needed.