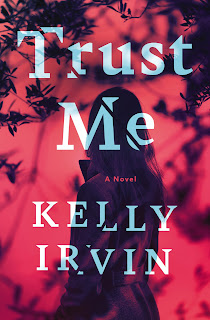 When her best friend is murdered the same way her brother was, who can she possibly trust?

A decade ago, Delaney Broward discovered her brother’s murdered body at the San Antonio art co-op he founded with friends. Her artist boyfriend, Hunter Nash, went to prison for the murder, despite his not-guilty plea.

This morning, Hunter walks out of prison a free man, having served his sentence.

This afternoon, Delaney finds her best friend dead, murdered in the same fashion as her brother.

Stay out of it or you’re next, the killer warns.

Hunter never stopped loving Delaney, though he can’t blame her for not forgiving her. He knows he’ll get his life back one day at a time, one step at a time. But he’s blindsided to realize he’s a murder suspect. Again.

When Hunter shows up on her doorstep, asking her to help him find the real killer, Delaney’s head says to run away, yet her heart tells her there’s more to his story than what came out in the trial. An uneasy truce leads to their probe into a dark past that shatters Delaney’s image of her brother. She can’t stop and neither can Hunter—which lands them both in the crosshairs of a murderer growing more desperate by the day (hour?).

In this gripping romantic suspense, Kelly Irvin plumbs the complexity of broken trust in the people we love—and in God—and whether either can be mended.

PRAISE FOR TRUST ME:

“Irvin follows the characters through twists and turns, writing through the lens of faith and broken faith, while illuminating a bridge across shattered relationships to second chances. This one’s an emotional roller-coaster.” — Julie Gwinn of the Seymour Agency in Publishers Weekly Review

“Trust Me is an apt title for Irvin’s new suspense novel. Kelly Irvin is a master at spinning a complex story web with surprising twists and relatable characters. Highly recommended!” —Colleen Coble, USA TODAY bestselling author of A Stranger’s Game and the Pelican Harbor series

“I found I couldn’t turn the pages fast enough in Kelly Irvin’s latest novel, Trust Me. I promised myself just one more page and I’d stop reading for the night…just one more…just one more. At times I could barely breathe. What a fabulous story! I loved it!” –Carrie Stuart Parks, award-winning author of the Gwen Marcey series

Maybe he’d broken into the wrong house. Hunter stood his ground. Delaney had changed. She’d lost her round, soft curves. And her innocence. Her body was wiry and lean. The beginning of crow’s feet edged her green eyes no longer hidden behind tortoise shell glasses. Her sandy-brown hair, caught up in a ponytail, was longer. Sun-induced freckles dusted her nose. He’d once told her the nose was what attracted him to her. She never seemed to care about its size or ability to dominate her face. Vanity wasn’t her style.

Bat still held high, she advanced on him. He should be fearful, but he wasn’t. This was sweet, empathetic, heart-of-honey Laney. She carried spiders outside instead of squashing them. She handed out granola bars and bottled water to homeless folks panhandling on the side of the road. She cried at sappy romcoms and always took the underdog team’s side when she watched football games with him on TV. She could find something to like in everyone. She wanted every child to have a fairy-tale childhood—the one she didn’t have. And she wanted a house full of kids of her own.

She said that was a hill she was willing to die on.

She couldn’t have changed that much.

He’d spent eight years in prison dreaming of seeing her again. In his dream there had been no bat.

“What are you doing in my house?” Her voice rasped like she had a bad cold. “How did you get in here?”

“Give me a chance to explain, Laney, please.” Hands still high, he backed up until he smacked into the island. Her grandparents’ house didn’t have an island in the old days. “I needed to talk to you.”

“Decent, honorable people call when they need to talk to a person. They don’t break into her house. Criminals do that.”

She shifted the bat over her shoulder. Delaney had been a standout softball player as an undergraduate in college. Her batting average as a senior at the University of Texas at San Antonio was .375 with eighteen home runs and twenty-three runs batted in. An athletic scholarship had paid part of her college expenses. Hunter remembered because he’d attended every game. Just like she’d come to all his art class exhibits and his first gallery showing and the ones after that.

Not that there had been many for his mediocre work. “Seriously, Laney. Put the bat down. You’re not going to hit me. You’ve never hit anyone in your life.”

“You don’t know me. Not anymore.” She rested the bat on her shoulder and dug her phone from her pocket with her free hand. “I have every right to crack your head open. I’d be defending myself and my property. I could kill you. It’s a stand-your-ground state. But I won’t because I’m not you. I’ll call 911.”

“Don’t do that.” Hunter had no choice. If she called the cops and made a complaint, they could come up with a parole violation and he’d end up back in prison. He lunged at her. Eight years of daily calisthenics and prison yard basketball games had hardened his body too. They grappled. She smacked him in the chin with her elbow. He bit his tongue. “Ouch, hey. Give me the bat.”

He ripped it from her hand and held it over his head. Delany rushed him. He dodged right. “I just want to talk to you.”

Delaney whirled and marched toward him. “You killed my brother and you want to talk?”

The disdain, the agony, the hate in her words buried him. Hunter backed away. She kept coming. He held her phone up high. “I did not kill your brother.”

“Here we go again.” Sarcasm married disbelief in her tone and in the way she held her body. “Stop already. Just stop. If you came here to try to convince me of something we both know is not true, you’re crazy. Give me my phone. If you don’t I’ll run to the neighbor’s house down the road to call for help.”

“Just sit down for one minute. Just one minute.” Hunter backed into the kitchen cabinet, but he kept the phone out of her reach. “Hear me out. I served eight years of a fifteen year sentence—more than half—for something I didn’t do. As God is my witness—”

“Don’t bring God into this. Where was God when you bludgeoned your best friend with a utility knife? Where was He when Corey bled to death while you ran away like a coward? Where was He when I was left alone in this house with no brother, the man I . . . the man I . . .” Her voice broke. She halted only a few steps from him. Her eyes bright with tears, she shook her head. “Get out. Please, if you have any shred of human decency left, get out of my house. Leave me alone.”

“The man you loved. That’s what you were going to say. The man you loved.” Hunter pointed to a chair at the kitchen table. “Give me five minutes and then I’ll go. I’ll give you your phone back. You can call 911 if you want, but I’ll go. I won’t come back.”

Her hands went to her throat. She sucked in air. Her gaze never left his as she backed away. She slid into the chair and pointed to the clock on the kitchen table. “Five minutes starting now. It doesn’t matter what you say. I’m calling 911 and I’m calling my attorney. I’m getting a restraining order.”

Hunter allowed himself to breathe again. God, give me the words. Please soften her heart and open her ears to hear what I have to say.

“I can’t believe you kept that painting up.” He cocked his head toward a huge oil hanging on the wall behind the kitchen table. He’d caught her grandparents, gray heads close, love on their wrinkled faces, chuckling over some inside joke as they shucked corn on the cob on the front porch. One of their cats, Tinker, slept on the porch swing. The Hill Country served as their front yard. “Doesn’t it remind you of me?”

“No. It reminds me of Nana and Pops.” Anguish made her hoarse voice guttural. “Please, please get this over with.”

“I had ten years to think about what happened, how it went down, and why someone would want Corey dead—”

“You had a fight over the co-op. You wanted to shut it down. He didn’t. You couldn’t understand how important it was to him, how he poured everything he had into it after our grandparents died. You’d both been drinking. You were high. He was high. It didn’t have to make sense.”

“I loved Corey. Do you really think I stabbed him over studio space?” No amount of time would make Delaney’s willingness to believe in Hunter’s guilt less hurtful. “Yes, I drank too much. Yes we made ourselves into stupid moron zombies with pot that night. But I didn’t kill him. I told him I was done. I was through cobbling together the money to pay rent on a studio when I was lucky to sell a painting every two or three months—if that. I was through eating Ramen noodles for supper every night so I could pay rent on a one-room apartment I never saw because I was either with you or at work or at the studio.

“He called me a quitter. He said I wasn’t a real artist. Artists never gave up. He’d sell his clothes and his shoes at a garage sale to make enough money to buy canvas and paints.”

Or worse. Hunter paced between the island and the table. He’d practiced this speech all these years, and now that he was here, he didn’t know how to say it. “Do you remember a guy named Guillermo Sandoval? We called him Willy Wonka.” 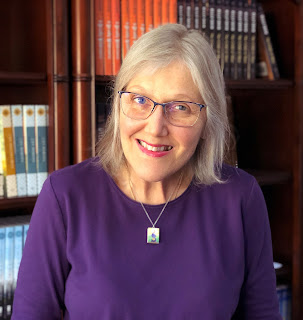 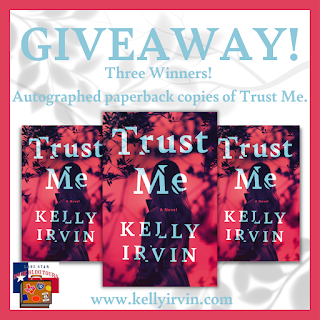 FOR DIRECT LINKS TO EACH POST ON THIS TOUR, UPDATED DAILY,

or visit the blogs directly:

2 replies to Book Excerpt From Trust Me