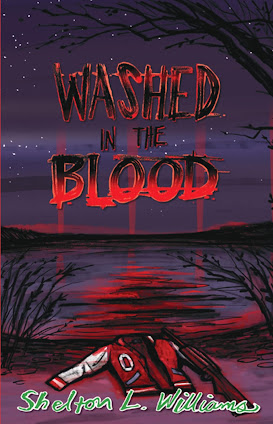 The true story behind the Kiss and Kill murder in Texas in 1961. Author Larry King says: Washed in the Blood is a page-turning read about the time–early 1960s–and place–Odessa, Texas–during its rowdy oil boom days when violence often rode the range. It is at once an examination of local mores and foibles, piety and hypocrisy and an inside-look at the famed ‘Kiss and Kill’ murder of a 17-year-old would-be actress, Betty Jean Williams, whose ghost is said to haunt the Odessa High School campus to this very day.
CLICK TO PURCHASE!
│ Amazon│Shelton L. Williams

I came to think of churches as social institutions that served to preserve the social values of the core membership of the church and not a place to commune with God.”

I have been wanting to read the full story around the Kiss and Kill murder from the early 1960s. Author Shelton Williams hinted at this true story in his Covey Jencks Mystery series. These kinds of stories appeal to me in some morbid way but not really morbid. I just find history like this more appealing than anything else.

In the Covey Jencks Mystery series, Williams would give snippets of the story that left me wanting to read more of this story tied to a girl named Betty. Washed in the Blood is the book to read if you are a fan of the true-crime genre. It is noted that Williams states at the beginning of this book it is not a true-crime book and it is not. Washed in the Blood is a trip down memory lane told quite well in honor of his cousin, Betty.

The chapters in this quick read are the ideal mix in telling this story. The mix is dealing with the murder, the trial, to the memoir background. Readers will get a lot of memoir context on Williams. You get snippets of the West Texas towns of Odessa and Midland having their own personalities tied to the oil industry. Williams offers glimpses into those personalities that make up both of those towns.

The best heart-wrenching chapter of this little book is the letter to Betty summarizing what had happened after her death. Williams’ book is an ideal legacy to Betty’s story.

As a side note, I did some sleuthing and discovered the guy that killed Betty died in 2019. I just couldn’t help myself from wanting to know what became of him. 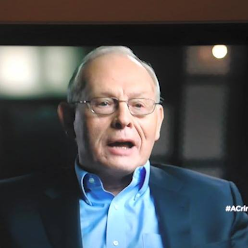 Shelton L. Williams (Shelly) is founder and president of the Osgood Center for International Studies in Washington, DC. He holds a PhD from Johns Hopkins School of Advanced International Studies and he taught for nearly 40 years at Austin College in Sherman, Texas. He has served in the US Government on 4 occasions, and he has written books and articles on nuclear proliferation. In 2004 he began a new career of writing books on crime and society. Those books are Washed in the Blood, Summer of 66, and now the three books in the Covey Jencks Mysteries series. All firmly prove that he is still a Texan at heart.
◆ WEBSITE ◆ FACEBOOK ◆ TWITTER ◆
◆AMAZON ◆ GOODREADS ◆ LINKEDIN◆ 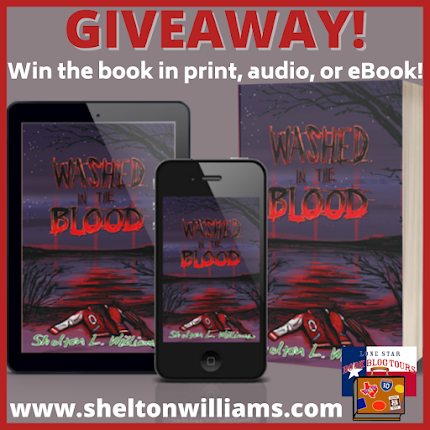 5 replies to Fantastic Tribute to Betty – My Book Review