Scroll Down for Giveaway!

Stranded in Ireland after losing both a gig and her luggage, African-American classical musician Gethsemane Brown hopes to win her way back to the States by accepting a challenge: turn rowdy school boys into a champion orchestra. She’s offered lodging in a beautiful cliffside cottage once owned by her favorite composer. The catch? The composer’s ghost. He can’t rest in peace until he’s cleared of false charges of murder-suicide. Desperate after a quarter-century, he begs Gethsemane for help. A growing friendship with the charming ghost spurs Gethsemane to investigate. Her snooping provokes a long-dormant killer and she soon finds herself on the wrong sort of top ten hit list. Will Gethsemane uncover the truth as she races to prevent a murderous encore or will she star in her own farewell performance?

PRAISE FOR MURDER IN G MAJOR

“Just when you think you’ve seen everything, here comes Gethsemane Brown, baton in one hand, bourbon in the other. Stranded in an Irish village where she know no one (but they all know her), she’s got just six weeks to turn a rabblesome orchestra into award-winners and solve a decades-old murder to boot. And only a grumpy ghost to help her. There’s charm to spare in this highly original debut.” — Multi-award-winning author, Catriona McPherson

“Gordon has composed a masterful and magical debut. . .Murder in G Major captivated me from the first page to the last, transporting me to the windswept cliffs of Ireland.”  — Gigi Pandian, USA Today bestselling author of Michelangelo’s Ghost

“Alexia Gordon’s debut is delightful: an Irish village full of characters and secrets, whiskey and music – and a ghost! Gethsemene Brown is a fast-thinking, fast-talking dynamic sleuth (with a great wardrobe) who is more than a match for the unraveling murders and coverups, aided by her various –handsome – allies and her irascible ghost. Can’t wait to see what she uncovers next!” —J. Suzanne Frank, AKA Chloe Green, author of the Dallas O’Connor mysteries

Murder in G Major – A Review

Alexia Gordon created a mystery story that was very reminiscent of one of my favorite old movies, “The Ghost and Mrs. Muir.”

Set in Ireland, Gethesmane, a musician soon becomes an amateur detective to find out who murdered one of her beloved composers who she can only see and talk to in his ghostlike form. Yes – others can see him, but they cannot interact with him like her. The wonderfully written dialogue carries this fast-paced story.

I’ll admit even though I already figured out who the murderer was mid-way through the book, the writing was what kept me interested. Most people would say that makes a poor writer, but in this case, the story was intriguing enough to make me want to continue to read it.

Just when you think you know something – something else happens to the small town’s characters. Soon two murders grow into seven in a short span of time. The side characters are captivating from the little girl who studies and translates Latin to the schoolboys who are being instructed by Gethesmane for a musical competition.

From the reading perspective, I wanted more conversations between Gethesmane and “her ghost.” When the last few paragraphs were read, I wanted to go to the next book immediately to find out how in the world Gethesmane would reconnect to “her ghost.” The Gethesmane Brown mystery series is one I’ll look forward to. Ghosts and crime are blended well into Gordon’s book. If you have a love of both then this mystery series should be on your reading list.

As a side-note, the poison garden mentioned in the book piqued my attention. Read the book to find out why. 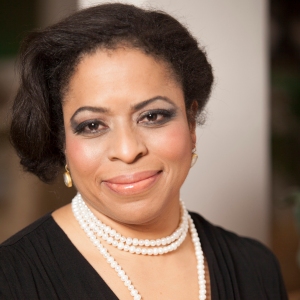 A writer since childhood, I won my first (okay, so far, only) writing prize, a copy of Shel Silverstein’s Where the Sidewalk Ends, in the 6th grade. I continued writing through college but put literary endeavors on hold to finish medical school and Family Medicine residency training. My medical career established, I returned to writing fiction.

Raised in the southeast and schooled in the northeast, I migrated to the southwest after a three-year stint in Alaska reminded me how much I needed sunlight and warm weather. I completed Southern Methodist University’s Writer’s Path program in Dallas, Texas then moved to El Paso, Texas where I currently practice medicine. If pushed, I will admit Texas brisket is as good as Carolina pulled pork. I enjoy classical music, art, travel, embroidery, and a good ghost story.

I am a member of Sisters in Crime, Mystery Writers of America, International Thriller Writers, and the Writers’ League of Texas. I am represented by Paula Munier of Talcott Notch Literary Services, LLC and published by Henery Press. 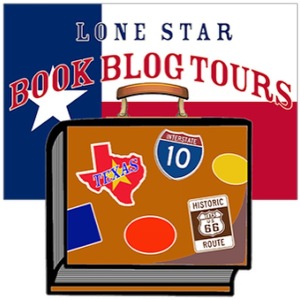 3 replies to Murder in G Major – A Review