From the award-winning author of Comfort Plans and Comfort Songs comes a story of two rising stars blitzed by social media. Lacy Cavanaugh and single-dad Rudy Delgardo live a hundred miles apart but meet in the worst possible way. Working at a weekly paper and creating social media for area businesses helps Lacy connect with locals who open her mind to a perspective beyond Instagram. In launching a food-and-wine festival to support Comfort’s new event center, she discovers surprising skills bubbling over, much like the food she’s attempting to cook.

Rudy, on the brink of his restaurant’s takeover, struggles to improve time management so he can create a better relationship with his daughter. Distracted by Lacy and her invitation to the festival, he’s tempted by her beauty, wit, and courage, but as a chef, he rarely gets to enjoy life outside the kitchen. Enemies, illness, and exes add unwelcome spice to the dish they’re concocting—one that will teeter with misunderstanding until the very end.

Will Lacy and Rudy embrace their second chances and discover the perfect seasonings of family, resilience, and grace to create a handwritten recipe of love that will stand the test of time?

Excerpt from Chapter One of

Lacy sipped the espresso and thought about the conversation she’d overheard at Cup of Joe’s this morning. She’d been waiting for her friends, Anna and AJ, to arrive for their weekly breakfast chat when she heard a man in line discussing the cost of upgrading electrical panels in a storefront farther near the park with the monument. Because she’d recently covered a city-council meeting, she knew that side of town was off the grid for most tourists, so it wouldn’t appeal to investors wanting to slice into Comfort’s shopping district. So, why would this man be working a dead-end prospect?

She tried to resist the pull of a potential story (because she really didn’t want to care), but curiosity had always been her downfall.

Turning around, she’d spied an Asian guy, wearing designer sunglasses, camo gear, and Armani boots, talking into his cell phone. Taken aback by his fashion mistakes, she forgot to wonder about the location he discussed. Her brain still juiced with coffee and memories, she was stunned to realize Frank was standing near her chair.

Startled away from her thoughts, she glanced up and noticed that Frank seemed thinner today, more like the bone he was willing to toss.

Dread tickled her spine. He’d given her a lot of liberty for a publisher who thought she was nothing more than a vanity writer, but “assignment” was a term relegated for the big leagues. Or so he’d preached when reminiscing about his days on the Austin American-Statesman beat. “I thought you said I write with too much hyperbole to be credible.”

“You do, but I can edit.” He scribbled an address on a scrap of paper and tossed it on her desk. “Go visit Jesse Boerner and find out why the EPA is sniffing around his gas station.”

Her hand stilled before snatching the directions. “That sounds like hard news.”

“Last week you made me cover the chamber of commerce banquet.”

He puffed his cigar. “You didn’t entirely blow that piece.”

Standing, she collected the camera. Photos were the one thing she could count on Frank printing when she turned in ideas during their meetings. Early on she realized that it wasn’t due to her keen eye for lighting and details. It was that he resented supplying pictures instead of text to make folks buy issues of the Comfort News. Last week’s coverage of the banquet had resulted in eight front-page photos, two paragraphs of summary, and a sellout at every location.

“What do you want me to ask him?” Lacy added a battery-operated voice recorder to her seasons-old designer bag because her flip phone didn’t have a recording feature. Down in the recesses, it mingled with all the other tools she’d learned how to use since surrendering her iPhone: a calculator borrowed from Gloria, a dog-eared map she’d collected from the lady working the chamber offices, and a key-chain-sized compass she bought at the Bust-A-Gut gas station because she was dense with directions. To make room for the notepad and local phone book, which was almost more ads than it was addresses, she’d had to downsize her makeup bag and opt for just one pair of sunglasses at a time. She’d also stopped carrying her beloved shawl—the Neiman Marcus bargain she toted absolutely everywhere to ward off the cold in over-air-conditioned restaurants—because no one air-conditioned their places in Kendall County to the levels of Dallas.

Frank blew a puff of smoke then hacked a cough that sounded like it travelled from his toes. “I will not dignify that with an answer.”

Pausing, she gauged his attitude—not good, but she would ask anyway. “Is there an angle you want me to take?”

“The truth.” He leaned his shoulder into the bookshelf. “Just get the facts and assemble the words into some sort of coherent order.”

On the scale of historic moments, this wouldn’t rate, but for her, a writing assignment was epic. And terrifying. The hounds who’d chased her Instagram videos always seemed to breathe at her heels.

“Why are you still here?” He thumped his knuckles on an unopened package of computer paper. “Go on, get to the station before the testing equipment vanishes.”

Throwing her bag over her shoulder, she paced her steps toward the door. It wouldn’t do to let Frank see nerves. Reaching for the knob, she wondered . . . had months of subservience proved she wasn’t a total flake? If she wrote this well, might she get paid for this story like the other freelancers who submitted articles?

She stepped into the sunshine radiating off Main Street and breathed disgustingly clean air.

Waiting at the curb, a late-model Ford, instead of the sexy Audi she’d once owned, gleamed like it was ready to take on any challenge. Could she—maybe, possibly—shuck off the mantle of social-media pariah and disgraced beauty queen? A million Instagram-worthy thoughts flew through her mind, but she had to focus. This was the break she’d been praying for. If she could take this baby step, she’d be a whole foot closer to reclaiming her future.

She glanced at her sneakers and wished she’d worn better shoes. 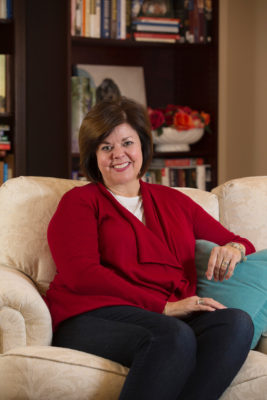 Author Kimberly Fish resides in Longview, Texas, and enjoys writing contemporary fiction set in the Hill Country. During the seven years she lived in San Antonio, wandering in and around Comfort, Texas, provided endless space for her imagination to develop stories of women discovering their grit. She studied the small Texas town that had seemingly dug its heels into the limestone and refused modern development and thought that was fertile ground for stories about women remodeling their lives. It made a juxtaposition of place and purpose that was hard to ignore. Plus, anything that takes intentional effort has a much higher value than the things that come easily—Comfort personifies this, and the novels remind readers that anything worth having is worth the work.

Comfort Foods is the third full-length novel in the set, Fiction from the Texas Hill Country, and follows behind the award-winning novels Comfort Plans and Comfort Songs. A novella, Emeralds Mark the Spot, is available as a free eBook download to subscribers of the incredibly sporadic newsletter at kimberlyfish.com and is the original story from which all other Comfort novels grew. 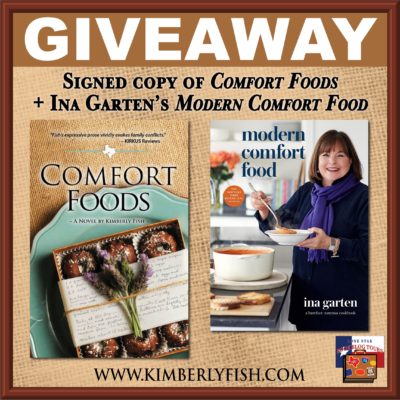