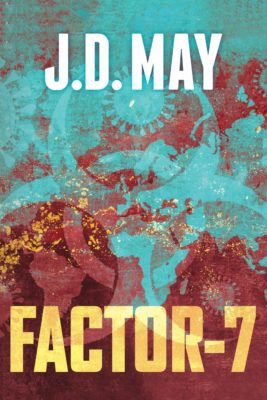 Dr. Sam Hawkins’s friend and mentor, Dr. William Roberts, has been struck down by an unknown and hideous disease. Roberts’s dying words are cryptic, and Sam is soon confronted by a massive cover up of his friend’s death. He reluctantly partners with Dr. Rainee Arienzo, an Italian infectious disease specialist, and together they uncover the terrifying truth about Factor-7, a bio-weapon with a 98 percent mortality rate.

Roberts’s journal tips them off that a clandestine plot for using the virus is about to be unleashed by a secret society, the Keepers Collegium. The Collegium, an international group of rogue intelligence agents, ex-military, and government officials, has a demonic plan to use the pathogen to destroy anyone who threatens their twisted ideology.

Sam and Rainee soon realize that public exposure of the evil plot would be as dangerous to the world’s security as the bio-weapon itself—the fallout could lead to World War III. Therefore, they must not only shut down the plans of the Collegium, but also keep the top- secret information away from the media.

But as they work to stop the plot, Sam and Rainee are kidnapped by the drug cartel. The kingpin, who financed much of the Collegium’s plot, wants them to hand over Roberts’s journal because it lists the names of the major players in the Collegium who had double-crossed him. He plans to carry out his own revenge. In order to survive, Sam and Rainee have no choice—they must play with one of two devils or be burned by both.

Dianne May didn’t have a premonition or any inside knowledge about the COVID-19 pandemic when she sat down to write her first novel, Factor-7. The book, which is set in Galveston and centers on a federal infectious disease laboratory and possible worldwide deadly virus, has all the markings of a story taken from the headlines. The island actually is home to the Galveston National Laboratory at the University of Texas Medical Branch, where researchers and doctors are studying COVID-19.

But May wrote the original version more than 20 years ago.

Factor-7 is a suspenseful saga of two Galveston doctors who seek to learn more about an infectious virus developed to destroy specific populations, determined by genetic markings. The book is filled with science, intrigue, medical situations, murder, death, love, and some titillating sex scenes.

May, a former advertising executive and third-generation Texan, lives near South Padre Island in Bayview, a tiny seaside community of 380 residents. There, she and her husband, Buster Vicars, volunteer as animal activists and foster wayward feral cats. She paints and is involved with an art co-op in Port Isabel, where she shows her coastal acrylic works. But writing is her true passion, and something she has wanted to do her whole life, she said.

May gets started early in the mornings pounding on the keyboard and “listening” to her characters, who write her stories, she said.

“They talk to me and tell me what they want to say,” May said. “They tell me where they want the story to go.”

In the 1990s, May wrote the first version of Factor-7, she said. But the death of her first husband, and then finding out two weeks later she was pregnant, forced book writing to a back burner. Years later, her daughter Annlyn, now 28, found the original manuscript and encouraged her mother to re-write and update the story.

“It is barely the same as the original, except the main characters and the title,” said May, who publishes under the name J.D. May. “I’m almost obsessive. Sometimes, I write all day and into the night. As long as I am ‘hearing’ it, I don’t want to stop writing.”

She works without outlines, although she makes notes along the way, she said. Sometimes, she’s uncertain what will happen two or three chapters ahead.

“The ending came to me in a dream,” she said. “I had to get up in the middle of the night and write it.”

Although May has spent time in Galveston, she can’t answer why she decided to place the story and characters in this city. Perhaps, she said, it’s because one of the story’s focus is a laboratory with a mission similar to the Galveston National Laboratory and the role it plays in the international investigation of viruses and infectious diseases.

In the book, she also refers to Tiki Island, Friendswood and places in Houston, and based her knowledge of San Miguel de Allende in Mexico and several places in Italy on her personal observations while traveling, she said.

When she completed the renewed draft in 2019, viruses were being studied and discussed but weren’t the headline news they are today. In fact, as she completed her final draft of Factor-7 in 2020, she was able to make several references to COVID-19, which gave the book and its theme an up-to-date vibe. The virus she writes about was manmade and stolen by dangerous people who shouldn’t have access to deadly pathogens.

There is so much science in the book — nothing very complicated or complex, but enough that it’s obvious May had to do her homework. Although she likes science now, her only formal education in the field was in high school, she said.

“I had to do a ton of research for the book, but as an author of fiction, you can take a little bit of facts and make up the rest if you have enough information to back it up,” she said. “But now I really love science and medicine.”

May plans to write a sequel because she wants to visit again with her characters, she said.

“I miss them,” she said. “They had become so much a part of my life that I want to hear them again. 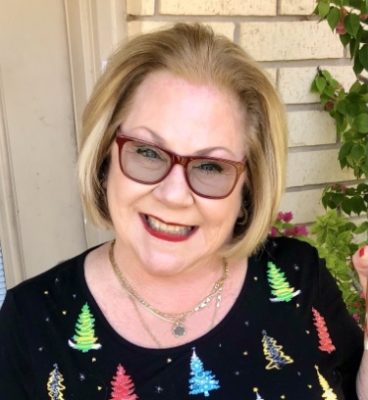 J.D. May is a third generation Texan from the Lower Rio Grande Valley. She loves her band of house cats as well as the large tribe of fat, happy TNR’d feral cats that came with her rural property in a small citrus-growing community. Palm tree-lined roads, natural waterways, and roaming wild animals including alligators, deer, wild hogs, and birds of every color make Bayview a perfect place for a writer and painter. She also loves the beach, rock and roll, Tex-Mex food, cooking, Shiner Bock beer, and she believes wine is a legitimate food group. She shows her paintings at The Laguna Madre Art Gallery in Port Isabel, Texas.

J.D. May attended Sam Houston State University, San Miguel de Allende Instituto, and Rice University where she studied drama, art, creative writing and Spanish. J.D. May worked in advertising for most of her career. She is married to a former award-winning surfer and has a daughter and soon to have a brand-new granddaughter. 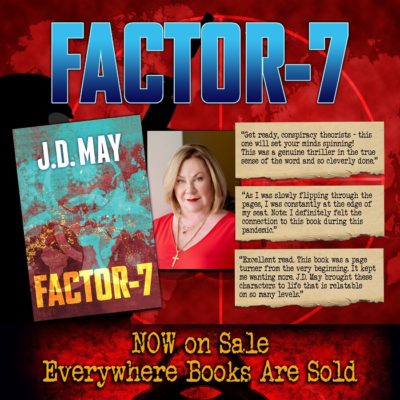 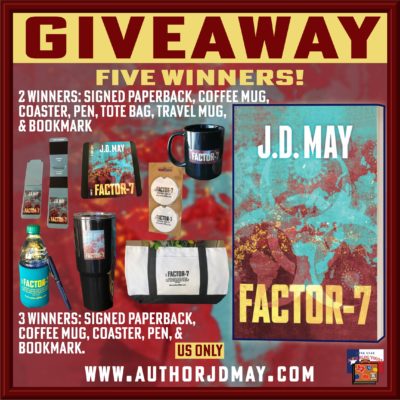